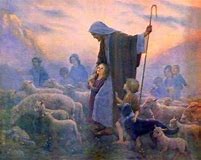 So much more that the Person who seeks after the lost. A story of Divine Grace

THE GOOD SHEPHERD. - More than a just a ‘seeker of the LOST’

Sara’s life was turned into ‘uncertainty’ when she was only in in her early 30’s.

She was diagnosed with M.S.

In hospital where she was being assessed, most doctors were of the opinion her condition could be managed. Long-term deterioration and how rapid the onset of serious disability was unknown.

A man of God came to visit her in hospital. He shared with her the salvation message of the Cross and prayed with her for HEALING.

He said ‘My God is a God of the impossible and I believe He can heal you completely. But, even if He doesn’t, my God is The Good Shepherd. He loves His Sheep. If you trust Him and walk beside Him, He will surprise you by His Grace and He will bring about surprises in your life.

Sara did indeed accept Jesus and His Sacrifice at the Cross and chose to follow her Lord, as The Good Shepherd. 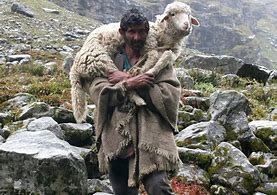 Sara's awareness of being carried through life by ONE greater than herself.

In the next three decades Sara saw life goals fulfilled.

She married and had two children.

Her husband assisted her through various spiralling health hiccups along the way. Together they grew in faith and the Knowledge of God.

Following the Leading of the Holy Spirit, and letting the Good Shepherd’s Presence and Peace flow, they experienced,..... despite the uncertain journey of a life with M.S........... a rich and  rock-solid life. 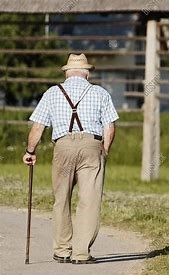 Uncle Al still cared for and loved a small handful of sheep and often several lambs.

One Summer, Sara went to stay with an uncle for a few days of retreat and relaxation.

He lived in a beautiful farm setting.

She needed her strong supportive stick but enjoyed walking with Uncle Al along the winding paths. He was now very elderly and his days as a Shepherd , with a large flock of sheep were over. He still looked after and loved a small handful. They were corralled not far up the hill from the house for nighttime safety.

One evening just after sunset a sudden, violent storm swept in from the coast. There was a sharp drop in temperature, and then rain bucketed down with severe wind gusts.

It was however, both pleasant and peaceful when Sara and Al sat down in the desk chairs on the verandah and sipped mugs of cocoa. The night now was still and very beautiful. A canopy of twinkling stars shone overhead.

Suddenly, her Uncle stiffened. ‘Can you hear something?’

Sara tried but all she could hear was the rustle of leaves in the trees.

Al rose to his feet. I know’ he said. ‘I know, one the little ones is in trouble. I will have to go and check.’

The elderly man grabbed his stick and determinedly shuffled his way up the path to the incline behind the house.

Sara grabbed her walking aid and prayed that stiff knees and paralytic weakness would not stop her from helping.

She too stumbled into the night darkness.  She saw that one small section of the sheep enclosure fence had been blown down. It now lay flat on the ground.

Huddled together inside the small shed the ram and ewes remained in the darkest corner. 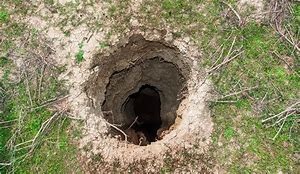 Once there was a massive tree root. Heavy rain washed away the top soil.

Sara heard now a cry on the wind. It was a frantic desperate drawn out baa-ing sound.

Furious with herself for not bringing a torch, she pushed her body to take her on further.

She found her uncle. He was seated staring down into a hole in the ground. The hole was about two metres deep and one metre in diameter. Wind and heavy rain had eroded a small bank and gouged out where once there probably had been a massive tree root.

‘Shh my love’ He cooed. ‘We’ll try, but your little one is a bit beyond our reach. We’ll get help but it may take several hours. Shh1 my lovely; We will do our best.’

Below a very small white animal cried occasionally with a drawn- out baa-ing, mewing sound.

Sara standing beside her uncle spoke.

‘No, love it’s too dangerous. You may fall and you won’t be able to get out again.’

He gently grabbed her arm.

Tears streamed down her face and a fire of desperate longing to help consumed her.

Her intention was to glide into the hole but there was no foot or hand hold and, as she moved to the edge........,

She picked up the tiny lamb, before she crashed to the bottom.

Her legs twisted unnaturally beneath her body.

Her voice was unnaturally loud but calm. (he later wrote in a letter.)

Shepherd of my life and soul, I need You now like I never have before.

A MIRACLE OF GRACE OCCURRED.

With the lamb cradled in her arms she felt her legs unravel.

To her surprise, she was propelled out the top of the hole, at speed. She landed gently beside her stunned Uncle and the desperate ewe.

The ewe and her tiny offspring were reunited, in a moment of purest JOY.

Sara and Al lay sprawled on the ground as waves of rolling laughter ministered like a river of Grace over them both.

Later, an old man and an almost paralysed younger woman made the slow journey back to the hut. The ewe and her baby trotted beside them.

A temporary repair ensured no members of the flock could escape again from the corral. (that night).

Joyful reunion at the hole entrance.

Before sleeping, a prayer flowed from Sara's grateful heart. 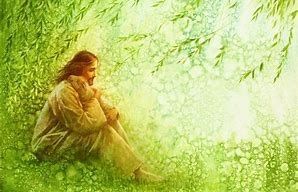 This record was Sara's spiritual Legacy.

In notebooks,  snippets of Sara's Legacy and her Christ-Life were recorded.

She went to her eternal home weeks after the event detailed above.

A meditation was published a few weeks after her death in a Morning Devotional book.

Her son spoke at her funeral.

My mother loved her Shepherd, Saviour Lord and He indeed led and guided her through a life often with serious physical limitations.   But she recorded being surprised - again and again - by His unique and impossible to guage -

( Not her real name.   Only her Lord and her story is TRUE).

Footnote:    Multiple Sclerosis is one of the autoimmune diseases and as such effects quality of mobility and living in many and various ways. Sara learned the heart-attitde of 'acceptance', Trust in God, and indeed lived a memorable and long life.